*This giveaway is now closed.*

Did you know the American Academy of Pediatrics (AAP) suggests not having blankets or bumpers in the crib to prevent SIDS??? I knew about the blankets shortly after Big Brother was born, but didn’t know about the bumpers until this past week. Here is a quote from a PDF document on the AAP website:

“The crib or bassinet should be free from toys, soft bedding, blankets, and pillows. If a blanket is used, make sure the baby’s feet are at the bottom of the crib, that the blanket comes up no higher than the baby’s chest and that it is tucked in on the bottom and 2 sides of the crib. Consider using a sleep sack, or a wearable blanket instead.” (The underlining and bolding of the words are my addition.)

A wearable blanket is kind of like a zip-down dress that you put on your child when they go sleep. They can’t kick their covers off because they are zipped in.

If you have a baby (or are expecting) and have never seen a wearable blanket…you are missing out! These are one of my absolute favorite baby products. We first used HALO Sleepsacks with Big Brother shortly after we stopped swaddling him. Both of our boys were born in the dead of winter and their rooms were pretty drafty, so we couldn’t just put them to sleep in only footed pajamas. The wearable blankets were a great alternative! I am a very paranoid Mama (I’m working on it, though), so I slept much better knowing that a blanket wouldn’t be covering my baby’s face in the morning.

Big Brother in his SleepSack at 6 months

There are two main differences that I’ve found between HALO‘s sleepsacks and other companies. The first is that the zipper actually zips down, so you don’t have to worry about the zipper poking your baby in the neck. The “zip down” feature makes it super-easy for middle-of-the-night diaper changes because you only have to zip up far enough to get your baby’s legs out to change their diaper. The second difference is that Halo’s wearable blankets are sleeveless and made to go over his regular pajamas, so your baby won’t get too hot.

Not only is HALO’s product wonderful, but the company itself is committed to helping the fight against SIDS (Sudden Infant Death Syndrome). The founder lost a baby to SIDS many years ago and has dedicated his life’s work to safer sleeping for newborns so that no other parent has to go through what he and his wife went through. The phrase “Back to Sleep” is monogrammed on the front of each SleepSack to remind parents and caregivers that a baby should always be placed on his back to sleep. In addition, a portion of every SleepSack wearable blanket and SleepSack Swaddle sold is donated to First Candle/SIDS Alliance, a national non-profit health organization dedicated to promoting infant health and survival.

We loved the sleepsacks so much that we continued to use them until Big Brother moved out of the crib. And we love them just as much with Little Brother!

Little Brother in his SleepSack at 4 months

When I contacted HALO about doing a giveaway, they sent me one of their organic cotton sleepsacks to try out and it is SO SOFT! I love the regular cotton and the fleece (for the winter), but I love the organic cotton most of all. We haven’t tried the Velboa, but it looks heavenly. :)

So…now it is your turn to get a chance to try out this wonderful product! The winner of this giveaway will receive their choice of Wearable SleepSack from the HALO website. Here’s how to enter the giveaway:

You will have 48 hours to enter. I will randomly draw a winner on Thursday morning at 10 a.m (Central time). You can enter two separate times. Enter once or twice, it’s up to you! Just make sure to leave a SEPARATE comment for each entry:

2)  If you have a blog or website, either link to I Can Teach My Child or add my brand-new button (the HTML code is in the sidebar). Let me know which you have done by leaving a comment. :)

Remember…leave a separate comment for EACH ENTRY. After 48 hours (Thursday morning at 10am), I will randomly draw a winner. Good luck!

DISCLOSURE:  This review is purely my individual opinion. I received a sleepsack from HALO in exchange for doing this review. BUT I already owned several, so I assure you that I loved them even before receiving the complimentary sleepsack!

Pin It to Win It: $100 Gift Card to Amazon
Categories: Giveaways 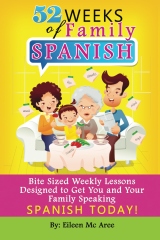