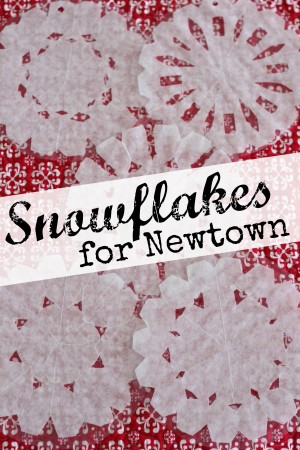 A few days ago, Sara from Mom Endeavors e-mailed me and told me about this idea for making snowflakes for the students at Sandy Hook (which I promptly shared on Facebook). As you probably know, these students will not be returning to the school where the massacre took place (thank goodness). Instead, they will be starting back at another location after Christmas. The Connecticut PTSA has asked that snowflakes of all shapes and sizes be sent to the address below so that they can create a winter wonderland for the students when they resume school in January. 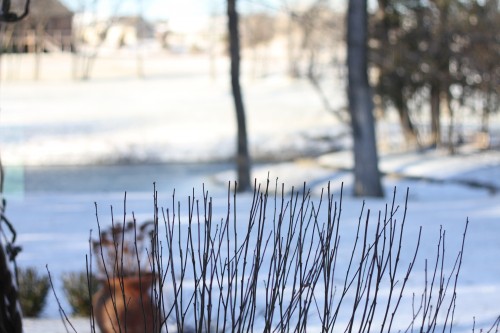 Today was our first snowfall of the year, so it seemed an appropriate day to make our snowflakes for Connecticut. I haven’t told the boys (who are 4 and 3) about the school shooting, so I just told them that we were making snowflakes for some people who were very sad to help them know that we care about them.

I love this idea for so many reasons, but mostly because it is a tangible way that we can show some love and support! Big Brother and I made several snowflakes this morning from coffee filters and then we laminated them so that they will hold up better! (Little Brother is having a bit of a difficult morning and chose not to participate.) 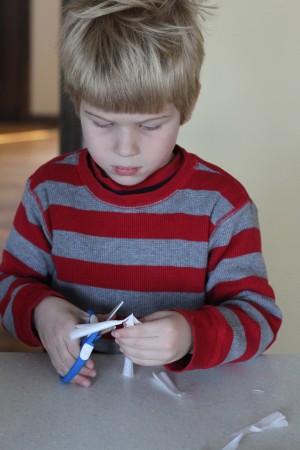 1. Fold the coffee filter as many times as you can while still being able to cut it. I think we folded ours four times. 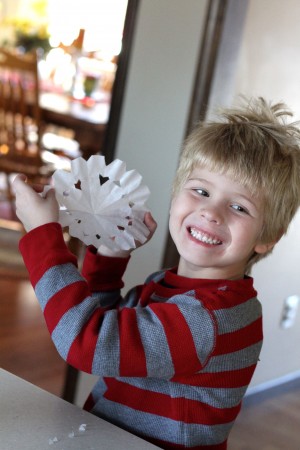 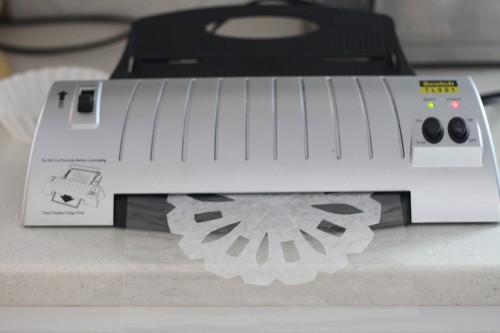 After all the snowflakes were cut, we sent them through our laminator… 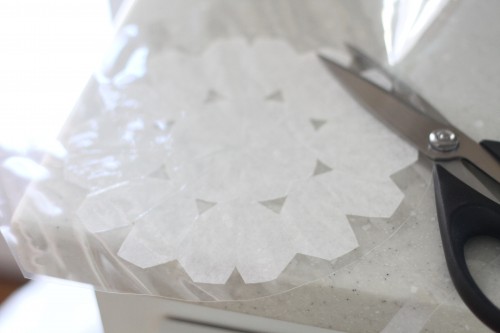 …cut them, and added a whole-punch at the top. 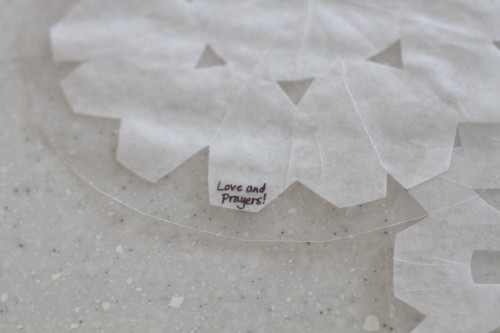 I just couldn’t send them without some sort of personal message, so I used a thin Sharpie to write a few of these tiny sentiments. On two of them, I also included the boy’s name, age, and where we are from.

Just in case you can’t read my writing, here is the address:

I hope your heart will get as much satisfaction as mine has in the fact that we can do something tangible to show our love and support while involving our children as well! 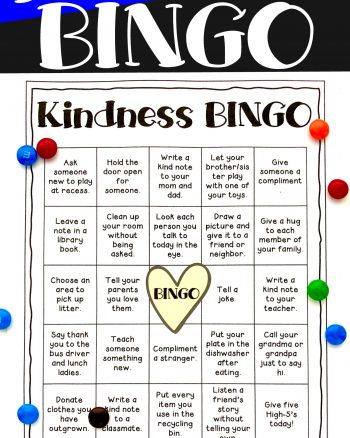 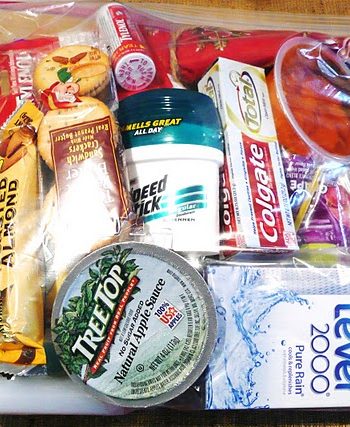