I was reading in Luke 15 this last week and saw the story of the prodigal son from a different perspective than I have had before…through the eyes of a parent. As I was reading the scriptures, I got to thinking just how wise the father in the story was. And since this is a parable and the father in the story is metaphorically God, I figured it was a worthy story to draw some lessons from. Just remind me to reread this in 15 years when my boys are teenagers!

“The younger (son) said to his father, ‘Father, give me my share of the estate.’ So he divided his property between them.” –Luke 15:12

What always gets me in this story is that the father gave him the inheritance! Why didn’t he just say “No!” He knew what his son would do. He knew he was going to fail. Yet he let him do it anyway.

Allowing our children to fail could be the single hardest thing to do when it comes to parenting. Yet sometimes, as the father showed us in this story, it is necessary. We cannot rule over our children with an iron fist and control their every move. We have to teach and model loving, wise decision-making. At some point, and after extensive modeling and training, our children must be given the freedom to make decisions of their own, even if those decisions involve failure.

“But while he was still a long way off, his father saw him and was filled with compassion for him; he ran to his son, threw his arms around him and kissed him.” -Verse 20.

When our children make mistakes (and they will—just as we do), we must be watching and waiting for them to return! Notice that the father didn’t go looking for his son in this story. Just a few verses before is the story of the Lost Sheep, where the shepherd leaves the other 99 sheep to go and look for the one who is lost. I have always wondered why the father didn’t go looking for his son. Perhaps it was because the father in the story knew that his son wouldn’t be ready to return until he faced the reality of his decision. Rather, he waited for his son to come home—and when he did he went running to meet him!
Once he met his son on the road, the Father showered him with love, affection, and compassion. Again, there were no words of condescension. In the same way, we must be forthcoming with our affection to our children all the time…but especially when they have failed or done something wrong. Our children need to know that our love is not dependent on their actions.

“But the father said to his servants, ‘Quick! Bring the best robe and put it on him. Put a ring on his finger and sandals on his feet. Bring the fattened calf and kill it. Let’s have a feast and celebrate.” –Verse 22-23

The father in this story celebrated with his son for a good decision—the decision to admit his failure and return home. Sometimes as parents we want to spare our pride and are embarrassed to admit that our children make mistakes. So, we got about our lives drawing as little attention to “the failure” as possible. We sweep it under the rug, hoping that no one will notice. I’ve got news for you: every child (and every adult) makes mistakes. And if someone doesn’t think so, then pride is their mistake.

Rather than pretending that everything is as it should be and nothing went wrong, we need to embrace the lessons that mistakes teach us and our children. Celebrate the return!!! After all, there will be nothing in life more worth celebrating than admitting our failures and returning to the arms of our Father.

“’My son, the father said, ‘you are always with me, and everything I have is yours. But we had to celebrate and be glad, because this brother of yours was dead and is alive again; he was lost and is found.’” –Verse 31

I’ll be the first to admit that if I could pin myself on any character in this story, it would probably be the older brother. “But, why is he rewarded when he was so wrong? I’ve tried my best to do things right and live like you want me to and he is the one who gets the party???” I struggle with wanting justice…wanting people to pay for their mistakes (which has ironically bit me in the rear-end on more than one occasion). And if you have more than one child in your household, chances are the siblings might wonder why a child who has just made a mistake gets treated like royalty.

Fair doesn’t always mean equal. As parents, we try to make sure that each of our children is treated fairly. Yet, each child is different and will therefore be treated based upon those differences, not necessarily equally. The older brother seems to be the typical “oldest child”—always wanting to do things perfectly (See The Birth Order Book by Dr. Kevin Leman). The younger son had a desire to rebel. The father loved both of his sons! I’m sure he lavished his love on the older son just as much as the younger, but perhaps in different ways. He gently reminded his oldest of his love for him while encouraging him to join in the celebration for his brother.

I’ve still got A LOT to learn about parenting, but I am SO THANKFUL to be able to gain truth from God’s word.

What about you, what lesson did you learn this week??? 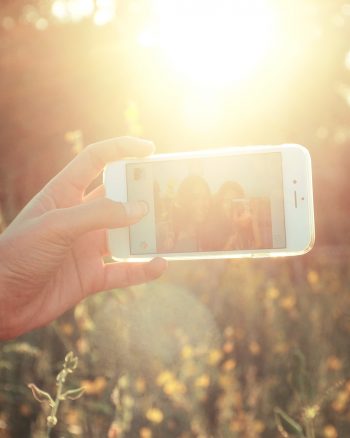