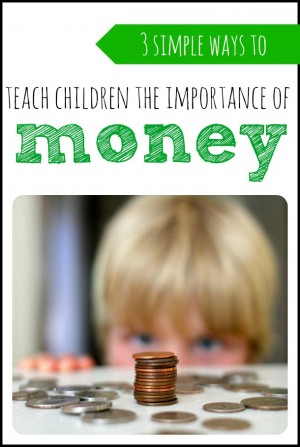 Big Brother recently made his first large purchase. And by “large”, I mean $35 for a Lightsaber that he has had his eye on for a while now. This isn’t just any lightsaber…this one lights up AND makes noise (if you ask me, it is still a rip-off, but whatever Star Wars). $35 is a pretty big deal when you’re only earning a $2 commission each week. :)

He is so proud. And we are so proud of him. We went to the store together as a family to celebrate the momentous occasion. He basically hasn’t put the blasted thing down since he got it…he even sleeps with it! And fyi:  It was his idea to sit in the cleaning closet…so you can see the lights of the lightsaber better, of course. :)

This “milestone” is the culmination of some pretty diligent training. This is one of those posts that I have put off writing because I don’t want to come across as though I think we’re doing this parenting thing all right. We’re not. I guarantee you that I personally have many issues when it comes to parenting, but this might be one area (and only one) that I feel like we have sort of done successfully for the developmental stages of our children. That could change tomorrow, of course, or even after the next meltdown. But today, we’re celebrating!

Here are three simple ways that we have taught our children the importance of money:

There is no money without work. Unless it is a child’s birthday or Christmas, we don’t give our children money without them working for it. This works for us at this stage of life because our children are almost always with us, so there isn’t any extra expenses apart from us. Each child earns a weekly “commission” (aka allowance) for doing chores each day. Here is how we do “commission” at our house:

Big Brother worked for 2 hours hauling mulch with this wheel-barrow!

There are some things that we expect our children to do simply because they are part of our family (like picking up their toys, for instance). We want them to recognize that some jobs must be done simple because they need to be done and not because you will get paid for them. Likewise, we want to instill in our children a spirit that is willing to serve for no reward or reimbursement (which I am still working on myself).

2. Spend, save, and give the money that you earn.

We encourage our children to divide their money into three bags once they earn it:  Spend It, Save It, & Give It. We have used these bags for Big Brother for the last 3 years after we reviewed the Fisher Kids Responsibility Station and I recently ordered another set for Little Brother. This is the only part of the original system that we currently use…I love the idea of the system, but I needed something simpler (and no longer had a place for it when we turned our office into a mudroom).

Most of our children’s weekly commission goes in this bag and gets spent quickly after. We’re still working on the delayed gratification thing, so sometimes their money for the whole week is blown when they suddenly want a slushy from Sonic. :)

Truth be told, we don’t do much with the “save it” bag quite yet (although birthday and Christmas money often goes in there). Eventually, this will be used for big-ticket items. We could have used this bag with Big Brother’s recent lightsaber purchase, but he just stuffed it all into his “Spend It” bag and didn’t touch it for a while.

Although they can give as much of their commission as they want (and have occasionally given all of it), both boys must at least put their coin in their “Give It” bag (which is a quarter for Big Brother and a dime for Little Brother). Immediately after divvying their commission, I put their “Give It” bags in the pocket of our church bag so that it is ready to go for the following Sunday. I know some people might scoff at the fact that we make our children give some of their money to our church, but we feel like it is instilling a good habit. Sometimes I don’t feel like tithing, but making it a habit ensures that we are honoring our commitment to God and our church. Just like our children, there are other times when we literally give out of the overflow of our hearts and it is often above and beyond what we have already committed to giving.

For the past several weeks, I’ve loaded up the boys and we’ve gone to garage sales on Thursday or Friday mornings. They’ve taken their “Spend It” bags and have searched high and low for just the right “treasure” to take home.

Once we’re home, I’ve gotten out my computer and attempted to track down how much that item would sell for brand new. The new version was almost always at least 10 times the price of the garage sale version! I explained to the boys that if we were to go to Target (or any other store) today and buy that toy off the shelf it would be $____ and they only paid $____. It has been a great learning experience for Big Brother especially!

We’re also trying a new tactic to rid our home of toy clutter. I’m setting out a plastic tub where they can put whatever toys they no longer want into the tub. Then in a month or two, we will have a small garage sale (something I said I would never do again) and they will get to keep the money from their old toys. I normally just get rid of stuff while they’re asleep (which I might have to eventually do), but I want to teach them this lesson in the process now that they are a little older. Little Brother (my hoarder) is not very keen on the idea…I might have to keep the toys Big Brother decides to get rid of out of his reach!

Those are our simple tips for teaching children the value of money! The true test of our training won’t come for many years down the road when they are out on their own and managing their money themselves, but for two boys who are 5 and 3…I’d say they’re off to a good start! :)

Share your best tip for teaching kids the value of money in the comments!