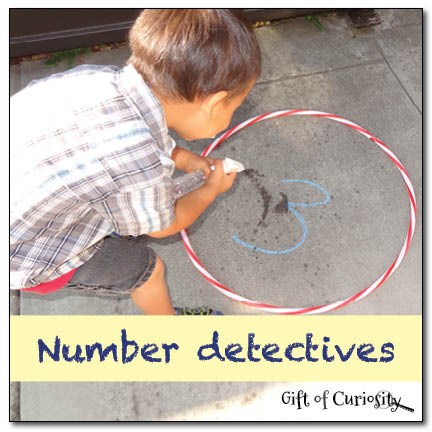 I’m Katie, mom to a four-year-old boy and a three-year-old girl. I’m so excited to be guest posting at I Can Teach My Child today in order to share a fun number learning game I call “Number Detectives.”

QBoy has been really interested in numbers lately. He can easily count from 1 to 10, and he has just about learned to recognize the numbers from 1 to 10 as well. XGirl does not recognize any numbers yet, but she does know how to count objects. I designed this Number Detectives activity so that both kids could play it according to their developmental level.

I started by writing numbers in chalk up and down our driveway. 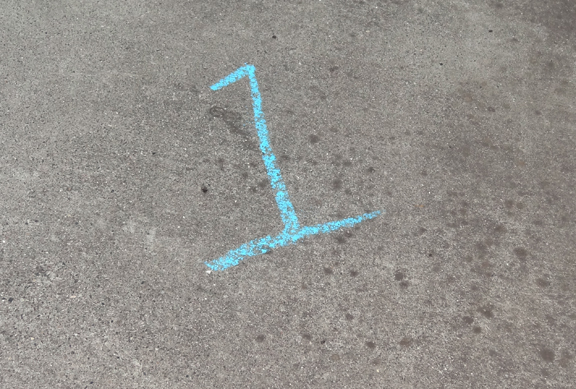 Once I had my materials set up, I explained to the kids that I needed some detectives for a very important job. Were they up for the task? They assured me they were. :-)

I explained that all good detectives must carry a spray bottle in order to spray the bad guys. So the kids prepared their spray bottles. 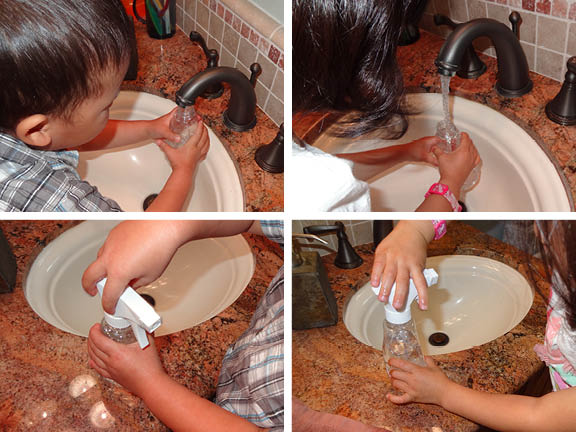 I then explained that all good detectives need tools to capture the bad guys. So the kids grabbed their hula hoops from the garage.

At that point we were ready to play, so I handed each kid a card. They counted the dots on their card, then had to find the corresponding number on our driveway.

Once they found their numbers, they “captured” them by throwing a hula hoop around them. 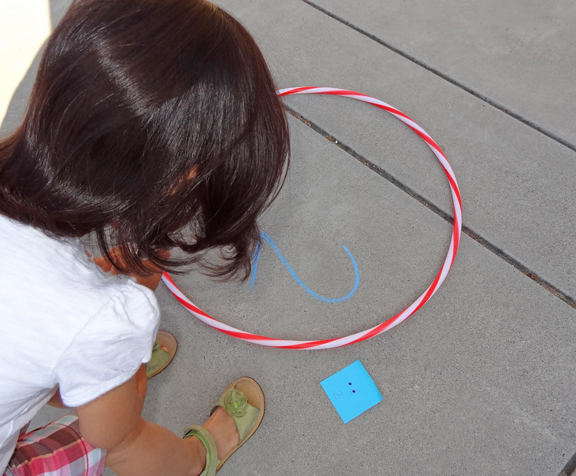 Then they took out their spray bottles and squirted the numbers until they were gone. 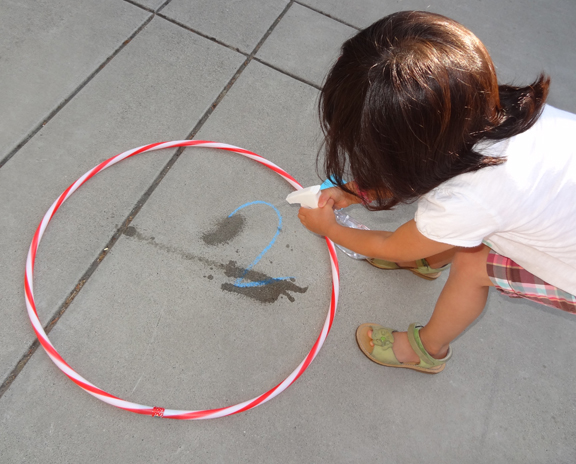 This was such fun for them, because my kids get such a kick out of using the spray bottle. 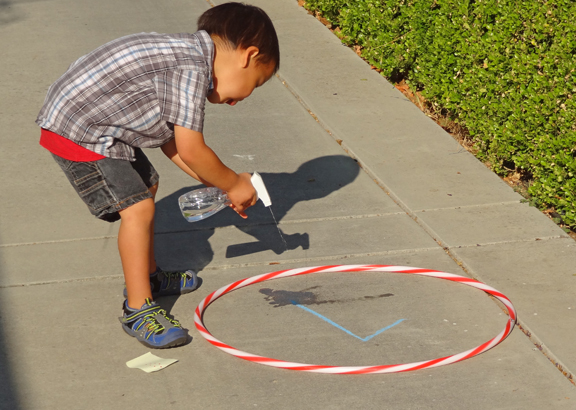 Plus, all that spraying really develops the muscles of the hand. 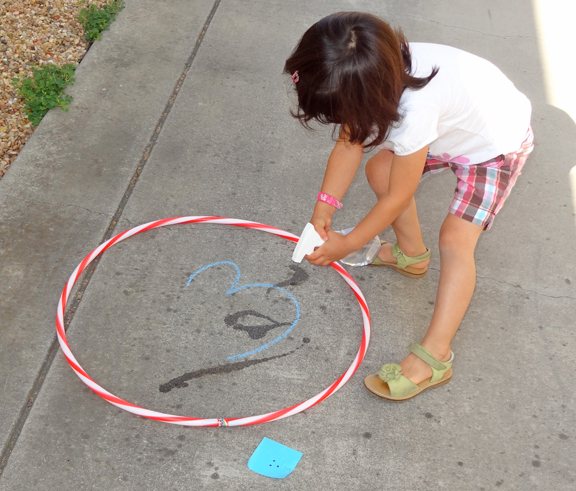 Katie has worked in the education field for over 12 years, and recently completed her PhD in child and adolescent development. Nonetheless, she finds parenting her two preschool age children to be the best education of all. She blogs at Gift of Curiosity where she provide ideas and inspiration for fostering young children’s development, learning, and curiosity. You can also keep up with her on Facebook and Pinterest.