Happy Thursday! I’m Sara from Mom Endeavors and it’s such a special birthday treat to be posting here on “I can teach my child” today! Like Jenae, I’m a teacher (high school biology) turned stay-at-home mama and have two little guys–Big Brother just turned 4 and Little Brother just turned 1!

For the past two years or so, one of Big Brother’s favorite things is dinosaurs! In fact, the picture is from his dinosaur birthday party last year (with 5-day old Little Brother)! Given this love of dinosaurs, it probably comes as no surprise that he LOVES the PBS Show, “Dinosaur Train“.

Since we’ve been working on learning all the letters, we were quite excited to see an episode with a “Dinosaurs A to Z” song! Big Brother wanted to see the song part again, so an internet search led me to two things:
1. The full Dinosaur Train soundtrack on iTunes (which is now his favorite thing to listen to in the car).
2. “Dinosaurs A to Z” lesson plans on pbs.org. There, you can watch the video clip and download free printable materials!
I used the printables to make some dinosaur alphabet cards. Here’s how:
– Print the materials (I printed 2 sets of the illustration pages).

– Cut out the illustrations & dinosaur names and attach them to large index cards (I used mod podge over the pictures to make the cards a little sturdier & to prevent the pictures from ripping off).


That gave us one nice set of dinosaur alphabet cards, but I decided to make a second set so we could do some matching activities. At this point, Big Brother has a pretty solid grasp on his capital letters, but needs more practice with lower case. So, for the second set…


– Cut out the illustrations, cutting off the letters.

With these two sets of cards, there are various activities you can do:


-Sequence the cards in alphabetical order.

– Scatter the cards and then find the upper & lower case matches or even play “memory”.

Any way you use them should be great for reinforcing letter-learning and are sure to be a hit with dinosaur fans!

Do YOU have a little one who loves dinosaurs?
Thanks so much for letting me share one of my many mom endeavors today! 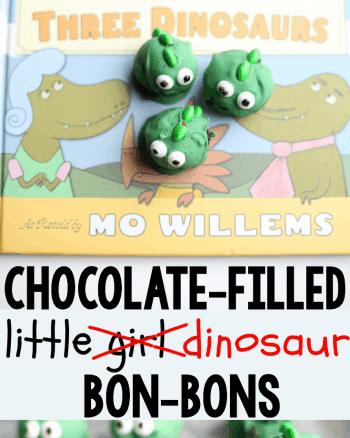