After a recent conversation with my friend Jennie, a former Pre-K teacher who now has a son about the same age as Little Brother, I was motivated to start posting some toddler-friendly ideas…even if they aren’t all that “unique.” I’m planning to post a “Toddler Time” idea each week for the next several weeks in an effort to be intentional with Little Brother (and perhaps as an encouragement to you as well). 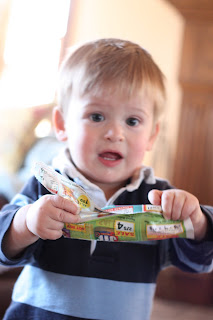 Today’s “Toddler Time” activity is letting your little one tear paper. Believe it or not, it’s a great activity to help develop the small muscles in the hands. At first your child will attempt to wrap his fist around two sides and pull in order to tear. This is completely normal. As he gets older, he’ll learn to use his thumb and forefinger in opposing directions. But he needs practice. Hence the reason for the activity.

I just used a weekly ad from Walgreens, but you could also use old magazines, newspapers, and scrap paper. 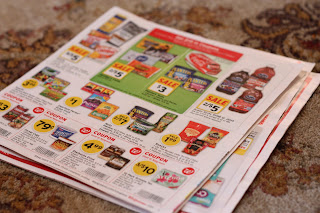 I chose a terrible time for this activity…Little Brother hadn’t taken his morning nap and was NOT cooperating. 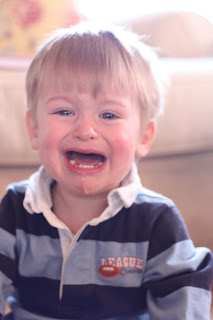 But eventually after watching me (and Big Brother) tear the paper, he was curious. So he gave it a shot… 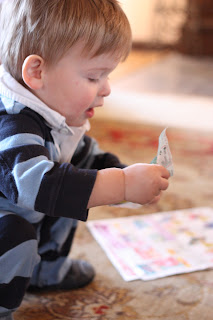 That was about it for Little Brother…he didn’t want much to do with tearing paper (this time). Big Brother, on the other hand, had a blast! 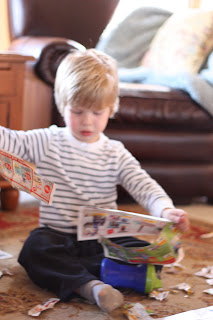